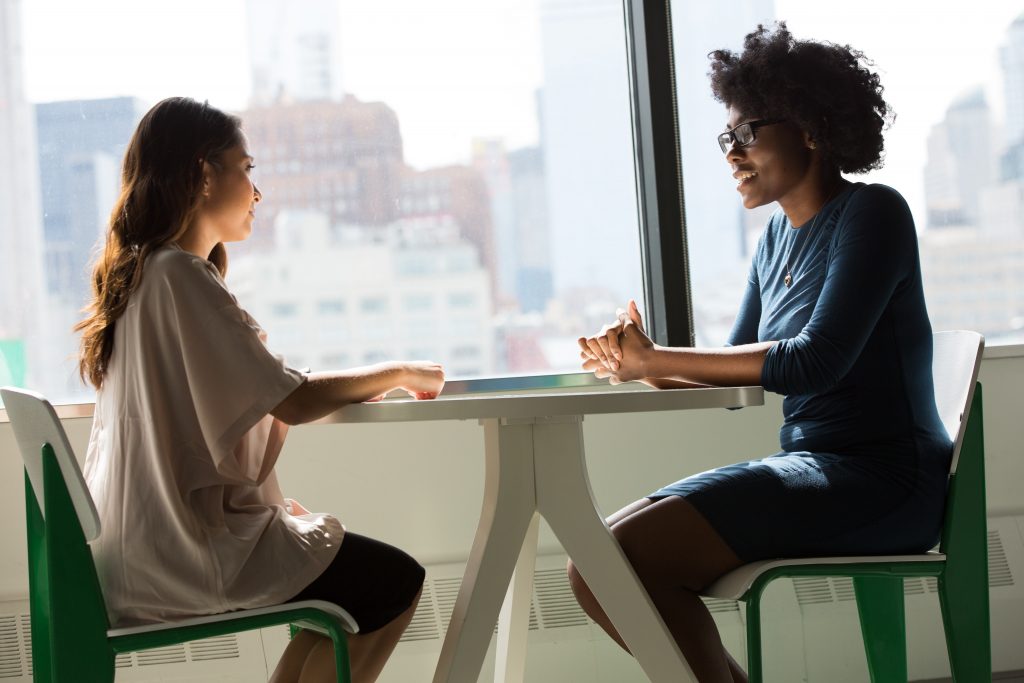 Whether you’re sitting in a chaise lounge, a plastic beach chair or hiding in your new makeshift home “office,” chances are you are acutely aware we are at a pivotal point as a society, and perhaps as a planet.

Whether you’re upset about social justice issues, politics, COVID, climate change or home schooling, we are all exhausted. The collective people are asking, (a) how we got here and (b) what happens next?

I submit this crossroads has arrived for one reason: we stopped trying to understand each other.

If you spend time on social media, watch the news or even sit down for a (socially distanced) meal, dialogue appears to be dead. It’s this opinion or that one, and “be damned if you don’t agree with me.”

In broadcast journalism we use the term “talking head” in reference to a person who pontificates on the topic du jour but doesn’t necessarily add much to the overall knowledge in the room. Lately it seems like we all talk. Very few of us listen. Even fewer are looking to understand.

To help illustrate my point, I’d like to recall the biggest internet dispute in its history (at the time) back in 2015. The dress helped to momentarily crash Twitter. It was the outfit that launched a thousand online polls and millions of opinions. Was it black and blue? Is it white and gold? Taylor Swift, Justin Bieber, Kim Kardashian and Kanye West were just a few people who jumped into the fray.

People were adamant the colors they saw were the colors of the dress.

What we later learned: the colors you saw in the photo have to do with the way you process… well, color (and light). Two people can look at the same photo and see something completely different. This is not even a new phenomenon. In 1953 a British philosopher released a book on how people process psychology, mathematics, logic, philosophy of action and more. The duck-rabbit illustration shows an image you can see (at least) two ways, depending on your perspective. It’s the same photo. It’s different for different people. Some people can see both.

I spent a good portion of the first half of my professional career as a journalist. I never had a bad experience with the police, so when I would hear stories of police brutality, I routinely assumed, I am ashamed to admit, it was almost certainly the “suspect’s” fault. I was a young, white female with a camera and a microphone. Let’s think about how those factors might have skewed my perspective on police. Thankfully, loving friends of mine who are Black shared their stories of what it was like during their teens and twenties and their dealings with law enforcement. Needless to say, we had very few of the same experiences. Is one of us wrong and the other right, or did we just experience different things?

My friends and I had a successful conversation because we were looking to understand each other and not condemn.

The beauty of desiring to understand does not only apply to personal relationships, but business ones as well. Communication happens in the mind of the listener not the speaker, so what we say means less than what our audience hears. As a businessperson, and especially as a communications professional, we should be seeking to better understand our audiences and key stakeholders before we present our views of the company’s new product, website launch, or talking points.

As election season wraps up and the holidays are not far off, the rants (on television, or perhaps at your dinner table) may only become more vociferous. We could try asking the person doing the ranting “why” he or she arrived at this adamant opinion. Go for understanding instead of winning an argument. If nothing else, that question may so catch a person off-guard the filibustering stops, and a dialogue can start.

Besides, this idea totally beats having to shove turkey in someone’s face. What a waste. I need that for my turkey sandwiches.